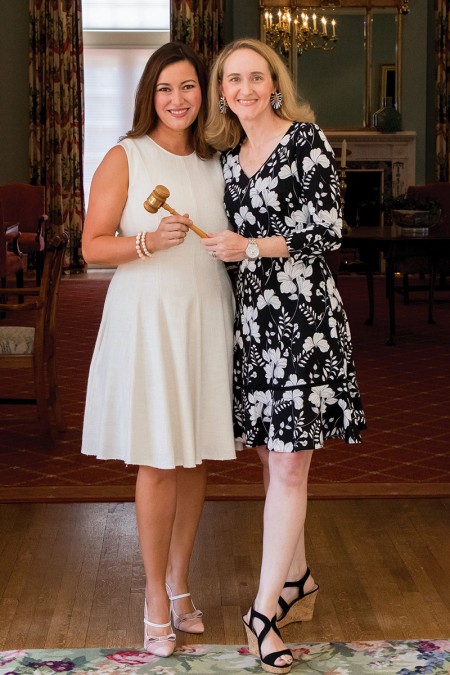 The Junior League of Houston announced its 2019-20 leadership team. Stephanie Lowery Magers (on right) passed the gavel to 2019-20 president, Jayne Sheehy Johnston (on left), as JLH turned over its executive leadership team and board of directors during its last membership meeting of the year. Members celebrated the start of the new League year at the President’s Tea, which was held at the home of past president Sarah Heck Snyder. Over the summer, the League hosted a member-engagement event at Brennan’s of Houston. New president Johnston introduced her theme for the year, “Bloom Where You Are Planted,” which reflects the League’s strong foundation and deep roots in the Houston community, as well as the commitment to empowering women, strengthening the Houston community and improving lives.

The League provides trained volunteers and funding to 33 community projects. In addition, the League’s community outreach efforts include Community Assistance Grants, Emergency and Resource Contingency Grants, Community Collaborations and Outside Board Representatives. Further, the League’s extensive training and education program cultivates a lifetime of civic service, preparing members to serve as agents of change in the Houston community well beyond their active membership years.