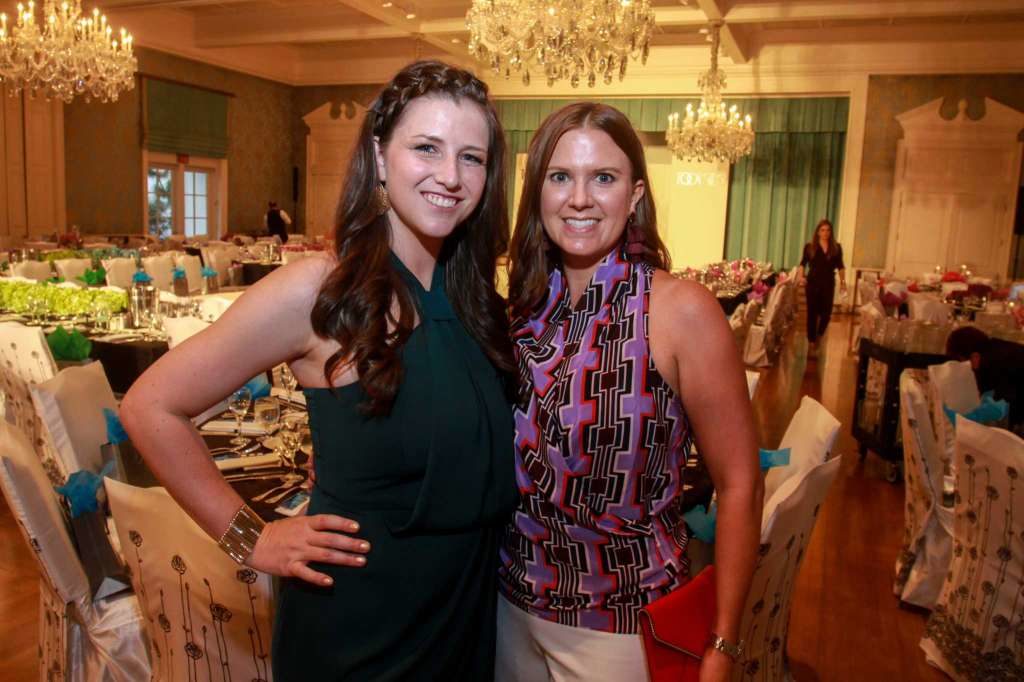 It’s entirely possible that this writer has been doing the Junior League of Houston’s annual Opening Style Show all wrong. For half of a decade, given the choice between luncheon and dinner showings, I’ve opted for the former, earlier-in-the-day event.

Last Tuesday, some 90 years after its inaugural style show, the Junior League of Houston eliminated the luncheon program altogether. Instead, organizers and league president Jayne Johnston voted for a single, evening-only soiree.

Of the 300 stylish volunteers and fashion plates in attendance, an intimate group of VIPs were treated to a party-before-the-party via an interactive style lounge. That’s where French 75 cocktails were served, Cherry Nails doled out manicures, Fringe Salon and Color Bar offered coif touch-ups, and Switch2Pure founder Estela Cockrell shared clean beauty tips.

Later, inside the ballroom, bottles of champagne topped nearly every table. Guests lucky enough to snag runway-adjacent seating assignments found their satin-wrapped chairs turned to face the catwalk, offering the ultimate front-row experience.
All things considered, it took awhile to coax party-goers to sit and settle down – the photo ops were just too good.

A number of Junior League members kicked things off by modeling fall’s most wearable trends. Think cheetah prints, sequined frocks and a jumpsuit or two.

“We are in Texas,” he quipped to laughter and applause.

The professional models who followed skipped the big hair and strut their stuff in slightly undone waves instead – a modern foil to the lineup’s throwback vibe under heavy ’80s influence. They rocked layered python accessories, sequins-on-sequins, an entire series of hot pink gowns, and metallic-flecked eveningwear.

In 2019, Junior League Houston expects to contribute more than $2 million to the community through volunteer hours and monetary support. Tuesday night’s soiree added an additional $40,000 to those efforts.

It’s fashion week, with a side of philanthropy.

The League provides trained volunteers and funding to 33 community projects. In addition, the League’s community outreach efforts include Community Assistance Grants, Emergency and Resource Contingency Grants, Community Collaborations and Outside Board Representatives. Further, the League’s extensive training and education program cultivates a lifetime of civic service, preparing members to serve as agents of change in the Houston community well beyond their active membership years.