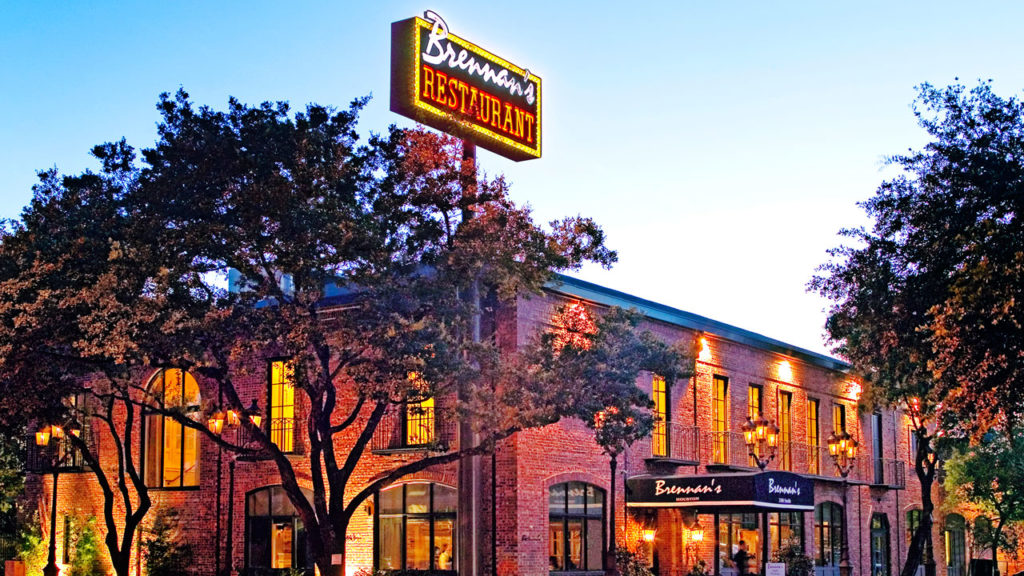 On a long-ago trip to New Orleans, John Staub became smitten with the Spanish Colonial architecture of the Rilleux House, built in 1795 a year after a huge fire destroyed much of what is now the city’s French Quarter.

That trip likely happened in the early 1920s, not long after the New York architecture firm Staub worked for sent him to Houston to manage their projects here. While dining on the New Orleans trip, he took a charcoal pencil from his pocket and sketched the building on a white linen napkin, saving it for future inspiration.

A handful of years later, a dozen or so prominent Houston women who had founded the city’s chapter of the Junior League, called on Staub to design a building for their new club with a budget of $50,000, raised by the women themselves. Staub had launched his own architecture firm by then and his wife, Madeleine, was a member of the Junior League, so the connection was an easy one.

He remembered the building he loved in New Orleans and referred to his drawing as he created an L-shaped building with a courtyard on a roomy lot at the corner of Smith and Stuart streets in what is now Midtown. Just like the Rillieux House, it had arched windows, second-floor wrought-iron balconies and an entrance hall that was a mirror image of its Louisiana counterpart.

Staub couldn’t have known then that in the decades to come, he wouldn’t be the only person drawn to the Rillieux House and its Houston cousin.

The founding members of the Junior League were the daughters and/or wives of captains of industry — bankers, lawyers and oilmen with surnames still recognized today — so the building’s grand opening 90 years ago garnered a good deal of attention. Oilman Joseph S. Cullinan, who founded what became Texaco, donated land for the building since his daughters, Nina and Margaret, were founding members.

The lower floor had shops — including office space for Staub — and the Junior League women operated a luncheon club to raise money for their charitable efforts, an early one being a well-baby clinic for those who couldn’t afford health care. The stock market crash of 1929 that launched the Great Depression had happened just days before the Junior League opened, so their timing was perfect because there were so many people in need for years to come.

While designing the Junior League building and watching its construction, Staub worked on homes throughout River Oaks, Courtlandt Place, Broadacres, Shadowlawn and Shadyside, contributing to the city’s early architectural aesthetic. Perhaps his most notable design was Ima Hogg’s Bayou Bend home, now a house museum with the Museum of Fine Arts, Houston.

Membership in the Junior League grew quickly, to 600 members within a couple of years. Dues were $5 and members rolled up their sleeves to help in every community project, according to the club’s current president, Jayne Johnston, a health care finance consultant. Today the club has 5,000 members and another 200 patrons and continues to support a variety of causes.

Early in its life, the Junior League launched its children’s clinic, and through the years the Stuart Street building hosted all sorts of events and fundraisers, children’s theater programs and fashion shows, even social dances for locals and soldiers who came through Houston in World War II.

Around the same time in New Orleans in 1945, Owen Brennan was making a liquor delivery to the Old Absinthe House bar on what must have been a really bad day for its owner.

“My family stumbled into the bar business,” said Houston restaurateur Alex Brennan-Martin. “My eldest uncle, Owen Brennan, had small stores, a service station, liquor store. He was calling on a client and the owner of the bar said ‘if somebody would give me X dollars they could have the damn place.’ Well, he knew where he could get X dollars and he woke up my grandfather in the middle of the night and we owned the Old Absinthe bar the next day.”

The bar business quickly turned into the restaurant business and Owen Brennan’s siblings and, later, their children, all jumped in, too. Across the street from the bar was the Vieux Carre restaurant and they bought it, eventually changing the name to Brennan’s of New Orleans.

When they later needed a bigger location, they found the Rillieux building — the one John Staub fell in love with decades before and nearly copied in Houston. Years later when the Brennans decided to expand to Houston, Dick Brennan came to town.

The Junior League had moved to a new location, and when Dick Brennan was taken to see the vacant Stuart Street building in 1967, he could hardly believe his eyes.

“When my uncle saw this building, he said ‘you’ve got to be kidding me.’ It was nearly an exact duplicate of our building in New Orleans,” Brennan-Martin said. “Under the definition of serendipity in the dictionary is that story. It’s almost too good to be true.”

The Brennans recreated their white tablecloth restaurant here in Houston and Brennan’s of Houston is still in the same location today. It opened in 1967 after extensive remodeling that brought in chandeliers, skylights, a mahogany bar and rich fabrics for upholstery.

Through the years, regular folks have sat alongside celebrities, professional athletes and even presidents for the restaurant’s Texas Creole cuisine. When you arrive, a never-empty tray of pralines sits on a table in the main hall, and you can grab a few on your way in or out — some people have opened handbags or filled pockets.

In 2005, Hurricane Katrina flooded the New Orleans restaurant and a few years later in 2008, the Houston restaurant caught fire during Hurricane Ike.

Well-known chefs such as Randy Evans, Chris Shepherd and Mark Holley all used their experience at Brennan’s to launch their own local restaurants.

For all the birthdays, prom night dinners, Mardi Gras parties and mariage proposals that have happened in one of Brennan’s several dining rooms, it’s the “Terms of Endearment” experience that people of all ages still ask about. The 1983 Oscar-winning movie was filmed at least partly in Houston and includes a scene in which Garrett Breedlove (Jack Nicholson) and Aurora Greenway (Shirley MacLaine) go on a lunch date to Brennan’s.

When MacLaine’s character arrives at the table, Nicholson’s character is loudly slurping down raw oysters and ogling an attractive woman at a nearby table. What happens next is still so classic that clips of it on YouTube still get thousands of views.

Brennan-Martin said that people still come in and ask to be seated at the table where that scene was filmed. Early on, there were so many requests that they told everyone who asked — no matter where they sat — that they were at the “Terms of Endearment” table.

In another story that Brennan-Martin and his longtime staff still like to tell, singer Billy Joel was in town for a concert and brought his whole crew in for dinner. It was during his marriage to supermodel Christie Brinkley and she came along too, asking for a plate of carrots while everyone else ate full-fat fare off the menu.

Nearly every staffer working that day argued over who got to deliver what was probably the plainest meal ever eaten there.

This year, the League will contribute approximately $2 million in volunteer time and direct financial support to the Houston community. The League provides trained volunteers and funding to 35 community projects. In addition, the League’s community outreach efforts include Community Assistance Grants, Emergency and Resource Contingency Grants, Community Collaborations and Outside Board Representatives. Further, the League’s extensive training and education program cultivates a lifetime of civic service, preparing members to serve as agents of change in the Houston community well beyond their active membership years.